Committed to excellence since 1932. 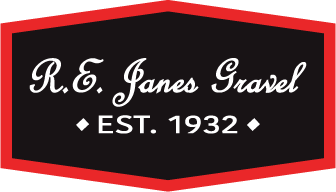 The history of R. E. Janes dates back to the turn of the 20th century when Ralph Emerson Janes joined his father in contracting business activities. Using mules, horses, and steam powered machinery they worked in Kansas, Missouri, Texas, and California, and utilized the railroad to move their equipment, draft animals, and personnel around the country.

By 1925, the company had established a home office in Dallas, Texas and had numerous projects underway. A few years later a project was begun in Austin, Texas building a storm sewer for the State School. The availability of processed aggregates for concrete was not good in that area so the company opened a mining operation on the Colorado River with the approval of the City and State. After this project, the contracting company was dissolved but the aggregates business continued resulting in the formation of R. E. Janes Gravel Co. which was chartered in May of 1932 and headquartered in Austin, Texas.

Following World War II, numerous mining operations were started or acquired in West Texas where the markets were underserved, and the post-war opportunities were significant. R. E. Janes began operations in Laredo and O’Donnell, and in 1954 established a quarry in Abilene. This new location provided materials for the construction and transition of Tye Army Airfield into Dyess Air Force Base in 1956.

In 1954, the Company signed a property lease in Crosby County near Slaton, Texas, and started what continues to be the company’s largest mining operation. R. E. Janes continued to expand establishing operations in Vealmoor, Texas in 1958, and in Merkel, Texas in 1998.

Through its current quarries in Slaton, Merkel, Vealmoor, and Melrose, R. E. Janes remains committed to providing quality aggregates to its customers and a great workplace for its employees.

To help build communities by investing in employees committed to working safely and responsibly to supply quality aggregates for the enduring success of the company.

Invest in Employees and their Families

Act Responsibly and Do the Right Thing

Safety is our No. 1 priority. Protecting the health and safety of our employees, customers and contractors is the most important part of what we do.

Our comprehensive safety program begins with a detailed new hire orientation and continues with monthly safety meetings, theoretical and hands-on instruction, and annual trainings in compliance with MSHA requirements. Our safety culture depends on each individual being committed to working together to create and maintain a workplace that is free of hazards.

Our safety commitments are: 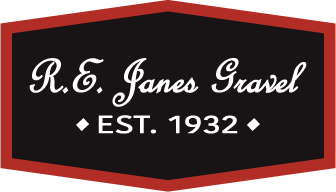